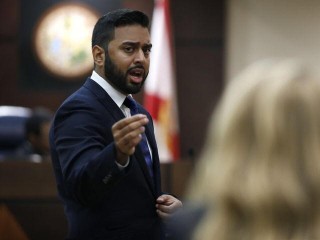 Attorney Ricky K. Patel became a lawyer so he could make a difference. As a partner at Farrell & Patel, he continues this important work but focuses his practice towards helping children and families hurt by medical malpractice, in particular cerebral palsy and babies harmed by pharmaceutical drugs.

He devotes himself entirely to each case he takes, and he welcomes the opportunity to discuss the facts of your potential case with you.

Attorney Patel received his law degree from St. Thomas University School of Law and his undergraduate degree from Florida State University. He was actively involved with the Asian American Hotel Owners’ Association (AAHOA) from early on in his career. Along with partner Wesley Farrell, he represented more than 3,000 hospitality clients affected by the BP oil spill, and he received the AAHOA Chairman’s Award for leadership and ongoing services. The firm is now recognized as a Platinum Founding Member of AAHOA.

A History of Professional Accolades

Attorney Patel is the youngest person to join President Barack Obama’s National Finance Committee, which he served on for two years. He also served as an ambassador for the Clinton Global Initiative.

Since 2011, he has held a leadership position with the Miami Children’s Hospital due to his dedication to making sure all children received the treatment and care they deserve. He has appeared on several news outlets, including CNN, FOX NBC, ESPN, ABC, and other major affiliates regarding cases he has handled. In Addition, Ricky Patel has successfully represented Athletes nationwide regarding crisis management.

Other honors and accolades include:

Attorney Patel is also a prolific volunteer, having logged nearly 1,500 hours of community service since 2000.  Over 1000 hours were for pro bono services related to the Violence Against Women’s Act, asylum and refugee cases.

To learn more about how we can assist with your claim, contact our injury attorneys today by submitting a contact form or by calling (305) 300-3000. You may have rights and options you had not yet considered. We look forward to discussing your claim with you.