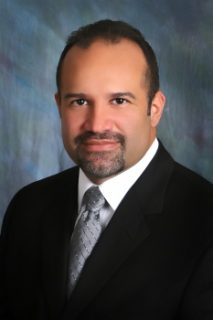 and trial attorney but he prefers above all else to be known as a family man. It is his

love of family that drives Mr. Pujol to use his legal acumen to best serve families and

communities that have been wrongly injured by the actions of others.

Excellence From the Start

From letterman in athletics to Drum Major of his high school to decorated scholar,

Alex, as he is best known, strived for excellence since a very early age. Mr. Pujol’s

love of music, the arts and academia led him to attend the University of Miami on

musical and academic scholarships. He later moved to attend school with his fiancé

at the University of South Florida where he graduated with a 3.98/4.0 gpa and dual

he garnered numerous awards and distinctions, including being Executive Editor of

in the Virgil D. Hawkins Civil Clinic. Among other awards were several “Book”

awards, which recognize the law students with the number 1 test scores in a

particular law course and being on Dean’s list each semester while at law school. Mr.

Mr. Pujol has since the start of his legal career focused on litigation and trial work.

and international conglomerates. After litigating for such high profile clients Mr.

Pujol shifted his emphasis to individuals, families and groups of families that

suffered injury or death because of the negligence or wrongful acts of others. He

knowingly put profits ahead of the safety of people. Mass torts are simply cases

activity that causes injury to a large number of people, usually numbering in the

Legal And At Large Communities

participate in its governance and direction. Knowing this, Mr. Pujol sits or has sat on

numerous committees, boards and commissions. For example, he accepted several

recommendations as to whom the Governor should appoint to a judgeship. Mr. Pujol

meals to the homeless and poor of this country. He has also been on the front lines

natural disasters have ravaged a part of our nation. Blending his love of music and

service, Mr. Pujol has had the opportunity to travel all over the United States and

abroad to Europe, Central America, South America and the Caribbean with various

Alexander Pujol is ready to answer your questions and zealously protect your rights.